The Well Church took on their next project In conjunction with Shadow of the Cross Ministries of Mount Vernon, Missouri. Puerta De Las Ovejas, pastored by Valente Sobrevilla. The Sheep Gate, face the same problem as La Luz Divina. Out grew the building, landlocked, with the existing foundation insufficient to support an upper addition. In this case, since the existing building was in bad shape, the decision was made to demolish it and build an entire new structure. Once again, the American churches provided the funding for the initial preparation, then sent teams down for the construction of columns and walls. The bottom floor, which will be used for classes and a fellowship hall was completed in early 2014, and construction begun on the second floor sanctuary area. This project will offer opportunity for heavy construction as well as lighter work, such as stuccoing, painting, plumbing and electrical. 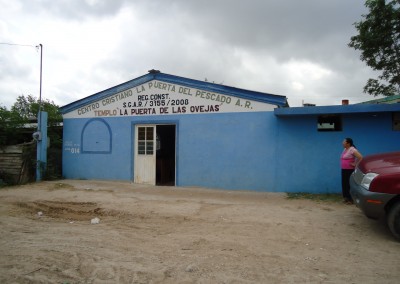 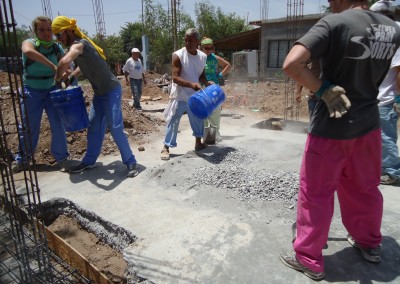 After demolition, the Well Church pours the new footings and foundations. They were there for two weeks, followed by two churches from Missouri. 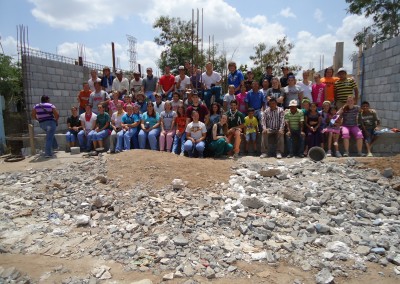 Three of the four walls were completed in just those two weeks by the team from the Well church in Brighton, Michigan. 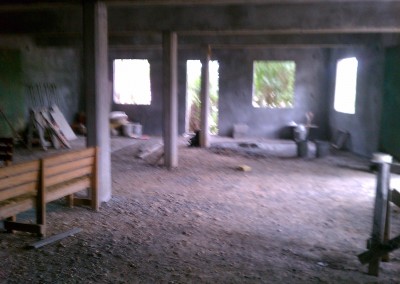 A lot of work remained on the main floor. Closing in windows and laying the concrete floor. 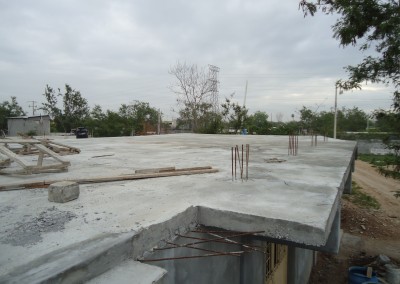 Over the next year, the floor of the second story was completed by the people of the church. 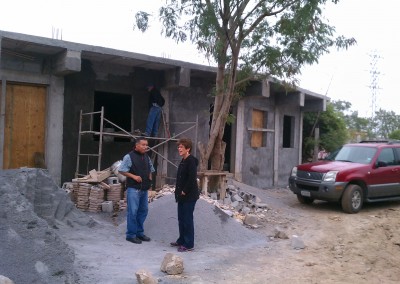 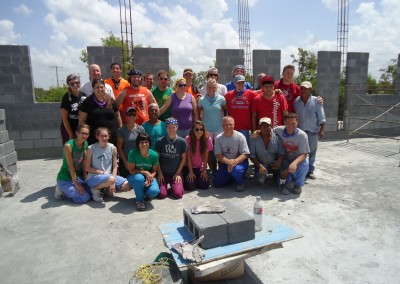 the Well Church returns from Brighton, Michigan to build the second floor walls 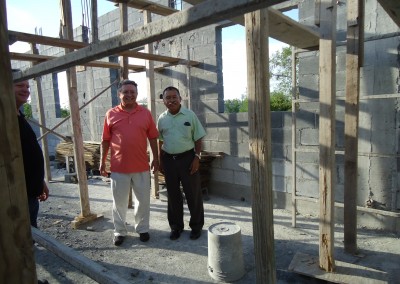 George and Valente meet to discuss the next phase…. building the main roof structure, to be done over the winter of 2014 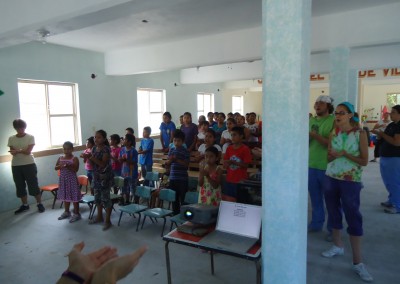 While the upstairs construction was happening, Vacation Bible School was being conducted in the new church that had been built the previous year