(830)237-1162 vamonos@satx.rr.com
George and Jan Waterman began ¡Vámonos! Community Ministries in 1997 following a term of service working as missionaries in Mexico with World Servants. Called by God to help the people of Reynosa, Mexico, the Watermans love the Mexican people and have a desire to share the Gospel of Jesus Christ with as many as possible.

Over the years, many American mission teams utilized the camp. However, we did not see the use by Mexican church groups that we had anticipated. It was determined that the facility was perceived to be an American camp, built by Americans, for the Americans! For this reason, the decision was made to turn the day-to-day operations over to Mexican staff. George and Jan moved to the San Antonio area in 2007, where they continue to run the U.S. operations to this day. Since it is only a four hour trip to Reynosa, they go at least once a month to meet with Mexican staff and keep in touch with the various churches with which they work.They have two adult children: Julie, who lives in Texas and is a special education teacher, and Jeff (married to Kathy) who is a pastor at the Well Church in Brighton, Michigan. Julie has two children, Alicen and Isaiah. Jeff and Kathy have 3, David, Meghan and Brandon. In October of 2013, their grandson, David and his wife, Megan, gave them their first great-grandson, Logan! 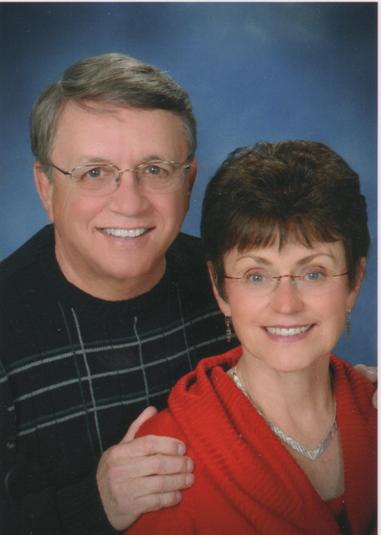 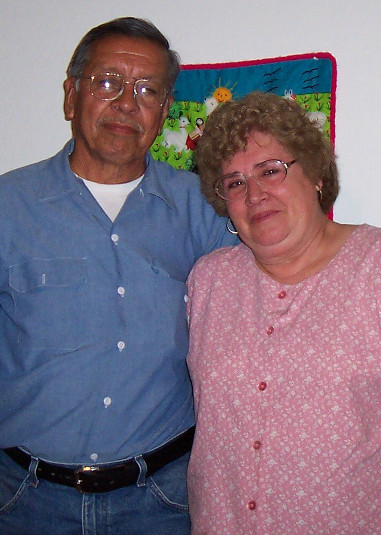 Olga and Aaron Berman began ministering to the people of Reynosa over 30 years ago. First was the establishing of Iglesia Metodista La Trinidad, in downtown Reynosa. This church eventually produced a mission church (El Camino) in Colonia Quince de Enero. After El Camino successfully grew, it founded another mission church (El Sendero) in Colonia Pedro J. Mendez. All this was accomplished as Aaron worked 7 days a week at a large ice factory in Reynosa. In 1997, the Bermans donated a large portion of their ranch on the outskirts of Reynosa for the building of the facility which is now Piedra Angular. It was the culmination of one of their lifelong dreams to be able to provide a location for the upbuilding of the church in Mexico. In December of 2003, Aaron retired from his ice factory job and moved full time to the camp. Our great loss was Aaron’s going home to be with Jesus in October of 2007. Olga continues to live at the camp and has taken charge food preparation for all groups staying with us. Aaron and Olga have raised 4 children, Guillermo, Armando, Sylvia and Aaron Jr. who all live with their respective families in and around Reynosa.
Hugo and Sylvia Gonzalez joined the staff of Vamonos in 2005, taking over day to day operations of the camp. Sylvia is the daughter of Olga and Aaron Berman. They live in Reynosa and have 2 children, Fernando and Michelle. Hugo also has a full time job in the web based software design industry. Over the past several years, their presence has enabled us to fulfill one of the original goals of the camp. That being usage by Mexican churches for outings and retreats. The camp is now booked in virtually every open weekend. 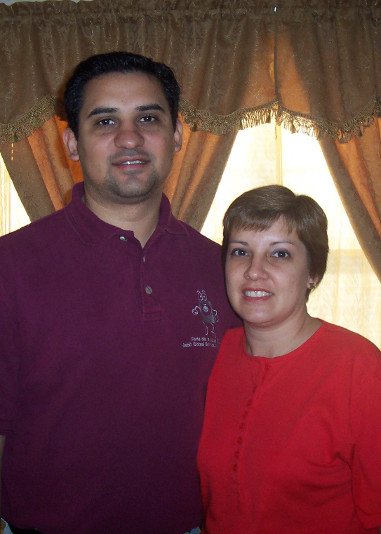